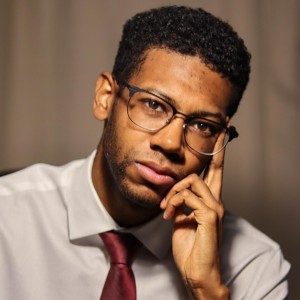 One thing before I dive in:

Racism and any other form of oppression or prejudice is not an opinion. These are phobias and diseases that thrive off of one thinking they are superior to someone else. If you believe you are superior to one, you must also believe you are inferior to another. This is a relentless cycle of hate and self doubt that will hurt you more anyone else ever could. Relinquish superiority for equality in order to see value in true equity.

If I have learned anything from the first half of this year, it is that people respond differently to pressure, even if it comes from the same inputs. Whatever pressures you may face prompt change. I like to think of pressure as something that is held by people. There is only so much you handle with two hands before something (or someone) gives. Picking it up too fast or holding it for too long can be harmful. Consider recent job obligations, family matters, or individual health as an example case. I will place a spotlight on the racial tension that has resurfaced over the last few months because many are holding onto new pressures that they don’t know what to do with. Aversive racism takes on many shapes and sizes, but all tend to be awkward-shaped and annoyingly heavy. When I asked myself what is done with these pressures, three things come to mind.

I have seen instances where people are gladly picking up the added pressure and sharing the load. They are talking to their families, calling out their friends, and asking to be held accountable. The term ally has been used to define these actions and many others. An ally is someone who is not a member of a marginalized group but takes a stance to support them. We need allies because it has been shown that a minority group can’t maintain a good grip on these pressures alone. The privilege and access one may have can amplify the voices and actions of the underrepresented. An ally can reach a broader audience as their influence plays a key role. But let me be clear, we can’t pretend that being an ally doesn’t come at a price. It is not a 9-5 that you clock in and out of. What is required is lifestyle change and lifelong commitment. And until there is a new majority of compassionate and empathetic champions, we simply can’t stop. The concern is not a matter of how willing this individual is to carry the load, but how long.

When things seem bleak, I run into many who want to pressure systems with the power to evoke change. They point at the pressure as it sits there. It is too heavy for them, and they ask for reinforcements. They urge a system that was never meant to sustain this pressure to pick it up. The system may pick up and move the pressure from one place to another in an attempt to show progress. Those who pointed will feel accomplished enough to move on, and this awkward pressure will then remain hidden until it is discovered once more. I can’t stress enough that activity does not always correlate to achievement. We must reinvent a system that can handle all forms of racism in a sustainable fashion for generations to come. We must redistribute power to individuals unbiased in the worth of a human life. We must continue to uncover this pressure for all to see, so that we finally take care of it. The concern is not a matter of how optimistic this person is for change, but how invested are they to see it through.

Some people cannot stand dealing with pressure, but I am convinced that they simply don’t know how to handle it. And because of this, some fail to get to the root of problems. Instead, they insist on covering up any pressures they discover or run in the opposite direction. With that being said, symbolic victories don’t equate equitable justice. Changing school names, taking down monuments, and removing symbols in flags that have a tie to white supremacy is a great start, but that must not be the end. To tolerate acts of racism or justify the current state out of convenience compromises the foundations of justice and integrity for so many people. I just think what the end result would be if those who wasted so much energy resisting change used that same energy to make a difference. The concern is not a matter of how much of a priority this is for them, but how much of an impact they believe they can make.

For the series of pressures that have lasted for centuries, it is hard to think they can just disappear overnight. It will take both patience and consistency of everyone willing to do their part to start to see societal progress. Don’t allow the bias to act affect your judgment. When the intensity of an issue is so great, it can be easy to just do something. The key is not to confuse progress with activity. Many want to get these pressures out of their hands as soon as possible and minimize its duration. But for an issue as complex as racism (both covert and overt), we are just getting started. Believe me, I understand how uncomfortable things may be for you. The reason I know is that I have been uncomfortable for a majority of my life.

So I ask you, has the way you have been responding solely due to avoiding the discomfort in the quickest fashion or are you willing to share the load for as long as it takes? If you are waiting for all the answers, it is unlikely you will act this lifetime. If you are scared of what others think, consider those that fear for their lives because of surface-level diversity. If you are apathetic on the matter, start to get perspective from those who are not. I challenge you to lean into the internal pressure that you are facing and see just how much you are willing to handle. Find systems that you believe can make sustainable strides and fix them for the better. Educate yourself and embrace change. You will be surprised to find that pressure has a way of pulling the best you have to offer.